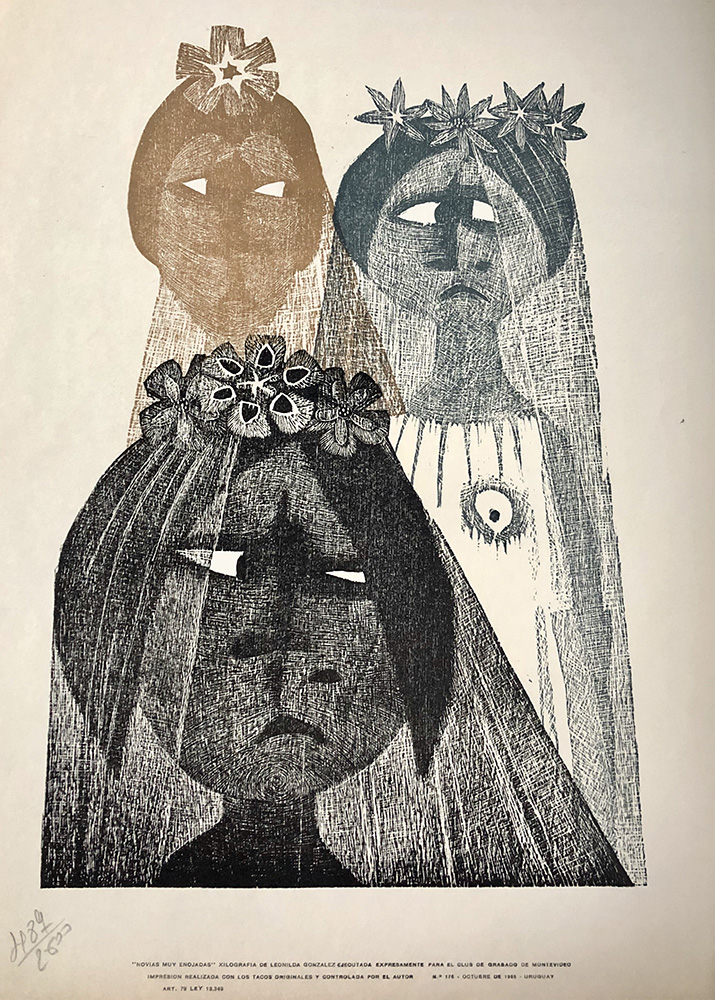 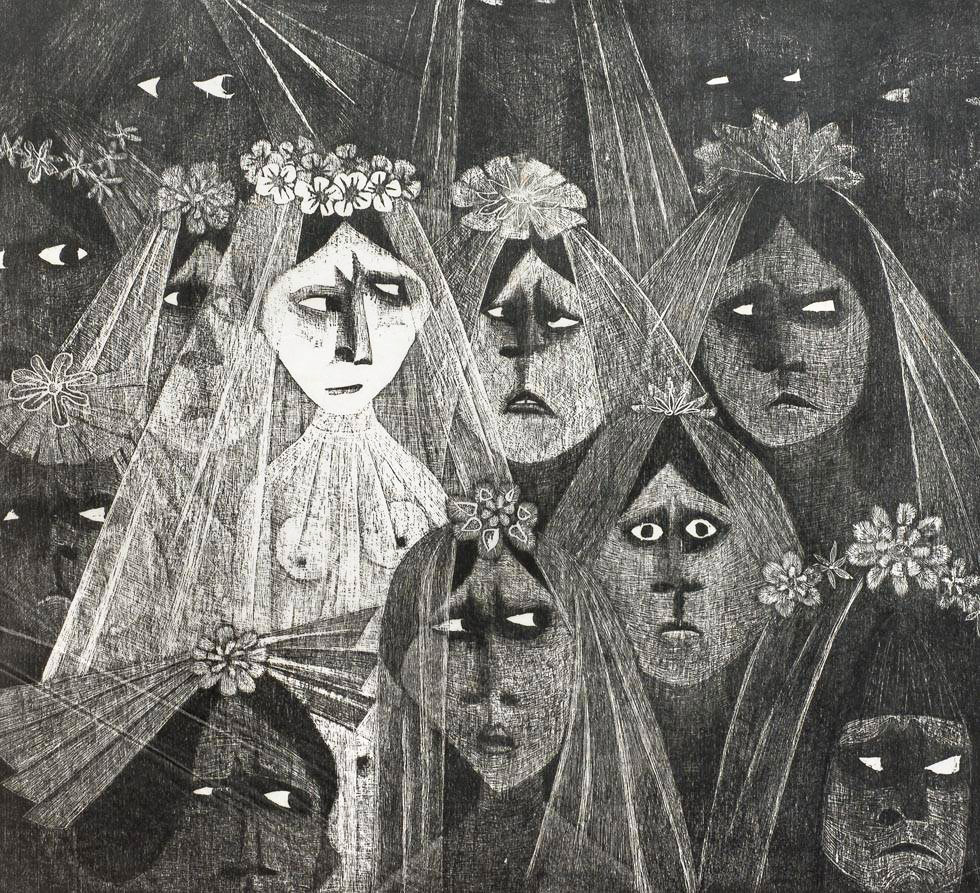 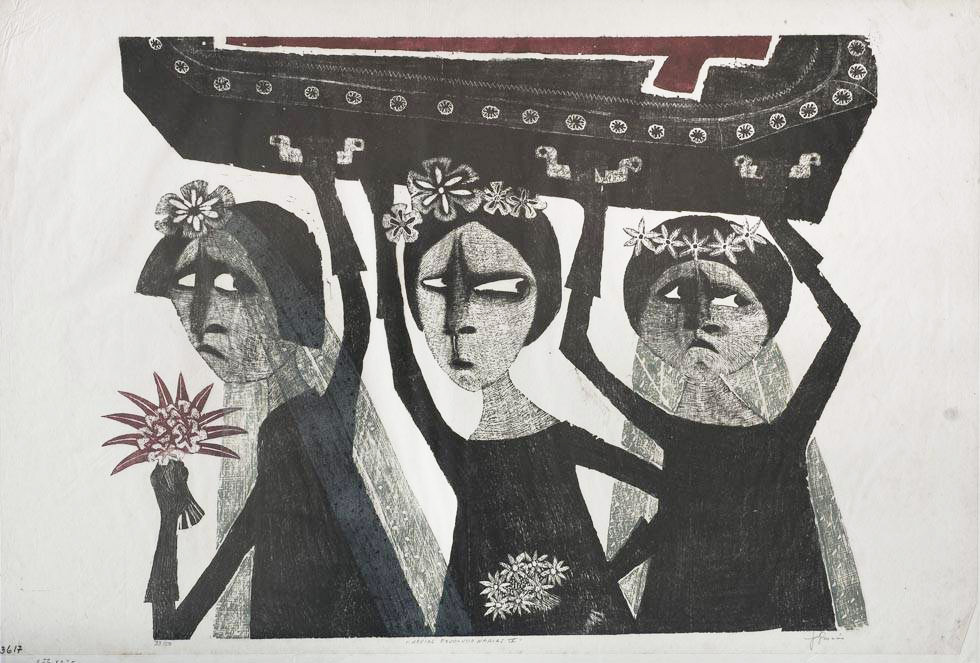 Leonilda González (Uruguay 1923-2017) is the founder of the Engraving Club of Montevideo. Her work is mostly figurative, often traditional, developing various themes in series, such as the “Revolutionary Brides” that began in 1968 as a manifesto of ironic protest against marriage conceived as a loss of freedom, and would become at the time of military dictatorship in a way of protest. The women alone and the aesthetics of the engraving associated with certain periods of her country, alluded in the local imaginary, to mothers and girlfriends with children or husbands imprisoned, exiled or disappeared who turned these engravings into a symbol of resistance.

She studied at the National School of Fine Arts and in Paris with André Lhote and Fernand Leger. She travels to Europe and Latin American as an exhibitor and teacher of engraving. Between 1976 and 1986 she lives and works in Lima and in Mexico.

She wins the “El Mundo” Prize in the first Latin American Xylography Contest; 1st. Woodcut Prize at the Havana Exhibition, 1968. In Uruguay, among others, she won the El Galpón Prize for his woodcut “Revolutionary Brides, III” and obtained the highest national recognition, the Figari Prize 2006 for her career.

She is represented in the National Museum of Visual Arts of Montevideo, in the Juan Manuel Blanes museum and in private collections in Uruguay and abroad.